Dolphin is a task orchestration language for autonomous vehicle networks. A Dolphin program expresses an orchestrated execution of tasks defined compositionally for multiple vehicles. Building upon the base case of elementary one-vehicle tasks, the built-in operators include support for composing tasks in several forms, for instance according to concurrent, sequential, or event-based task flow.

The language is implemented as a Groovy DSL, facilitating extension and integration with external software packages, in particular robotic toolkits. We have done so for the LSTS toolchain and MAVLink-enabled vehicles. 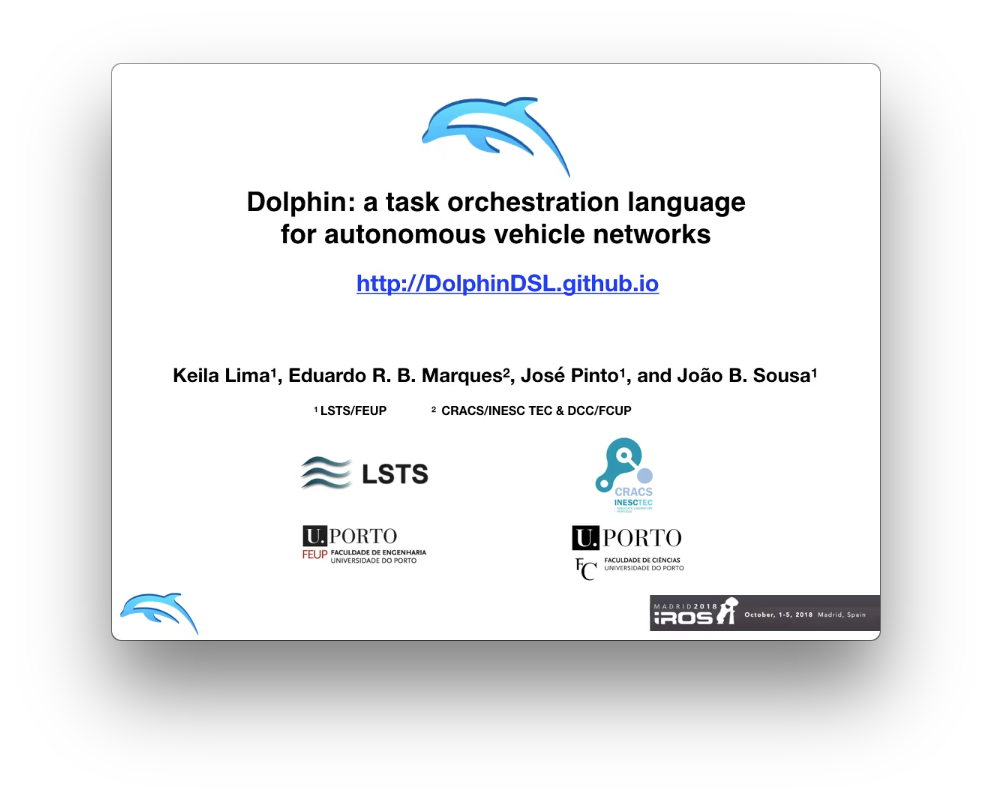